Developer gets on with last residential tower plot in JLT 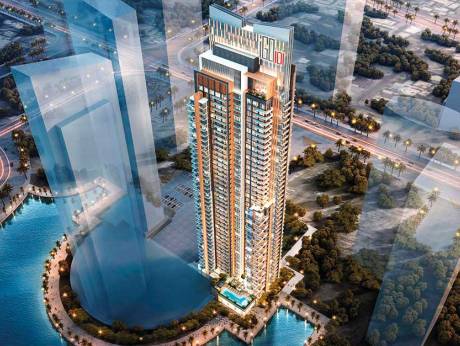 The ground plus 39-storey high-rise, named IGO 101 will have an average sale price at Dh1,275 a square foot. The main contractor will be named in December.

Dubai: The “last available plot” in JLT (Jumeirah Lake Towers) for a residential tower is now seeing action on the ground. The developer IGO is building a ground plus 39-storey high-rise, named IGO 101, on it and launching immediate sales, with the average price at Dh1,275 a square foot. Completion of the Dh600 million project (which includes the cost of land) is due in 24 months. The main contractor is to be named in December.

Currently, there are only a handful of new tower projects at JLT, which includes the Burj 2020 from the master-developer DMCC and a mixed-use Taj Hotels-branded one from Signature Developers.

“It was the last piece of land available in JLT that you could develop and sell off-plan, [which is what] we are doing,” said Anas Kozbari, Managing Partner and CEO of IGO, which is part of the MAG Group, which itself has built up an extensive real estate portfolio in the UAE.

“Most properties in JLT are ready, so you need to go and pay a big amount to buy an apartment, an office or a retail outlet.

“We did not have this land before — we finalised the deal a few weeks ago and were able to get approvals from Dubai Land Department, the Municipality and the master-developer DMCC.

“You will see that the occupancy rates in JLT is up to 95 per cent and the ROI [return on investment] comes up to almost 7.5 per cent net — one of the highest in Dubai. This is great for an investor,” he added.

For Kozbari, the JLT location’s credentials do not end there. “It’s one of the rare areas in Dubai where your pet is allowed to be walked around ... and is treated nicely,” he said.

In the first six months, Dubai saw more than 10,000 new residential units being added to the off-plan market, as developers cranked up on their sales activities. The majority of the releases were in the city’s emerging locales, such as MBR City and Dubai South. The second-half looks set to be no less active.

By launching a project in an established cluster — and with a tight construction timeline — IGO hopes to tap sizeable interest. The IGO 101 will be part of the K Cluster, which is in the middle of the cluster and facing the lake. After enduring some correction in values since through 2015, JLT in recent quarters has shed some of the drop. Within the wider zone apartment values range between Dh800 a square foot to Dh1,400 and “in some places for Dh2,000”.

For IGO, the project also marks a move into high-rise territory. Much of its project portfolio is taken up with high-end town houses and villas — branded Polo — at Meydan,

There is also an ongoing development in the US, Dallas to be specific. “The Gate” is a “large, mixed-use property that can be compared to the Downtown in Dubai in terms of what you would see there,” said Kozbari. “Two projects are under construction right now, one a building with more than 400 apartments and the other one with over 300. We are working on the design of the twin towers and office spaces. It is going great.”