Dubai retains allure as city of choice for home buyers 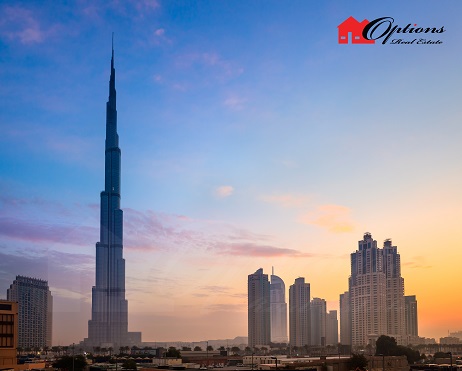 Dubai retains its allure as one of the world's most preferred prime residential destinations for investors due to its affordability and relatively high yields compared to its global peers, according to a research released on Monday.

For the second year in succession, Dubai has been rated the third most affordable city in the world for buying prime residential property after Cape Town and Kuala Lumpur, the Savills World Cities Prime Residential Index.

Despite a 6.8 per cent plunge in value, Hong Kong retained its ranking as the most expensive for prime residential property at $4,440 per sq ft., as Seoul, Moscow and Berlin show highest prime capital value growth in last six months. While Lisbon, Moscow, Amsterdam and Seoul are tipped for strongest growth, Berlin, Paris, Miami and San Francisco are forecast to be on track for five-year growth, Savills, a global real estate adviser said in its report.

"Dubai's overriding appeal as a prime global residential destination has been enduring for the past several years not only because of the city's super affordability but also due to its world-class infrastructure, connectivity, cosmopolitan outlook and culture of innovation underpinned by better returns on investment compared to other top cities," said PNC Menon, founder and chairman of Sobha Group, leading developers in the Gulf and Indian.

Over the first six months of 2020, along with a few other global cities, Dubai's capital and rental values have witnessed a downward trend due to a supply and demand imbalance resulting in increased appeal for international investors looking for investment-grade residential assets.

In the first-half, average value of prime Dubai residential units declined by three per cent compared to the second-half of 2019.

"At an average $560 per sq ft, Dubai offers great value for international investors looking for investment-grade residential assets and relatively high yields compared to its global peers. The associated cost of purchasing a property is low at circa seven per cent, compared to other established and emerging hubs where it can reach anywhere between 15 per cent and 35 per cent," Swapnil Pillai, associate director, Research Middle East at Savills.

"The recently relaxed LTV norms and lower bank lending rates should support a recovery in activity in the second half of the year, while a limited pipeline of new project launches should result in a positive long-term outlook," said Pillai.

"Covid-19 and the subsequent lockdowns significantly disrupted global real estate markets. While the longer trends are still developing, the immediate impact of the pandemic on prime residential values in cities around the world has resulted in a fall of 0.5 per cent for capital values says global real estate adviser," said Savills.

Sophie Chick, head of department, Savills World Research, said global uncertainty was already weighing on prime residential markets in 2019, with modest falls of 0.3 per cent recorded in the last six months to December 2019. "Combined, the annual average price movement turned negative for the first time since 2009, down 0.8 per cent for the year to June 2020."

Just nine out of the 28 cities monitored saw positive prime capital value movements over the first six months of 2020. The markets which have held up best are generally characterised by strong domestic demand and limited supply. These factors are particularly prevalent in a number of European cities in the Savills index.

Seoul and Moscow recorded the strongest price rises with an increase of 5.5 per cent. Seoul's market has been on an upward trend for the past few years and the prime residential market in Moscow is driven predominant by domestic demand. Covid-19 caused the price of oil and the value of the Russian rouble to fall sharply, driving capital into the property market.

Elsewhere in Europe, the best performers were Berlin, Amsterdam and Paris with six-month price growth of 3.1 per cent, 3.0 per cent and 1.2 per cent respectively. These European capitals have seen high level of demand and a shortage of supply, driving price growth even during the pandemic and associated lockdowns.

In China, pent-up demand and credit easing from the Chinese central bank saw values rise in some Chinese cities, with Shenzhen, Hangzhou and Shanghai experiencing marginal prices rises during this period of 2.0 per cent, 1.9 per cent and 1.2 per cent. Conversely, Beijing and Guangzhou saw minimal price falls of -0.2 per cent and -0.7 per cent.

Mumbai saw the largest decline over the first half of 2020, down 5.8 per cent. Elsewhere in Asia Pacific, Sydney, Hong Kong and Bangkok also experienced falls as the impact of Covid-19 weighs on the market.

In the US, Los Angeles saw the largest price falls in the first six months of the year, down 4.7 per cent. The city has been badly impacted by the pandemic and unemployment rose to 20.6 per cent in May, up from just 4.6 per cent in February. New York has also been badly impacted, with the city also dealing with oversupply in the prime market and values had already been moving downward over the past few years as a result.

"Looking forward, although much depends on the economic situation, which is still materialising in a lot of cities, it's important to remember that this is not a financial crisis as it was in 2008 and we're not anticipating the falls in values that were seen during that period," said Chick.

"We expect some cities to outperform others. Over the second half of 2020, we're forecasting Amsterdam, Lisbon, Seoul and Moscow to see the strongest growth.

"And over the next five years, Lisbon and Amsterdam are expected to stay in the top performers' list, joined by Berlin, Paris, Miami and San Francisco," said Chick.